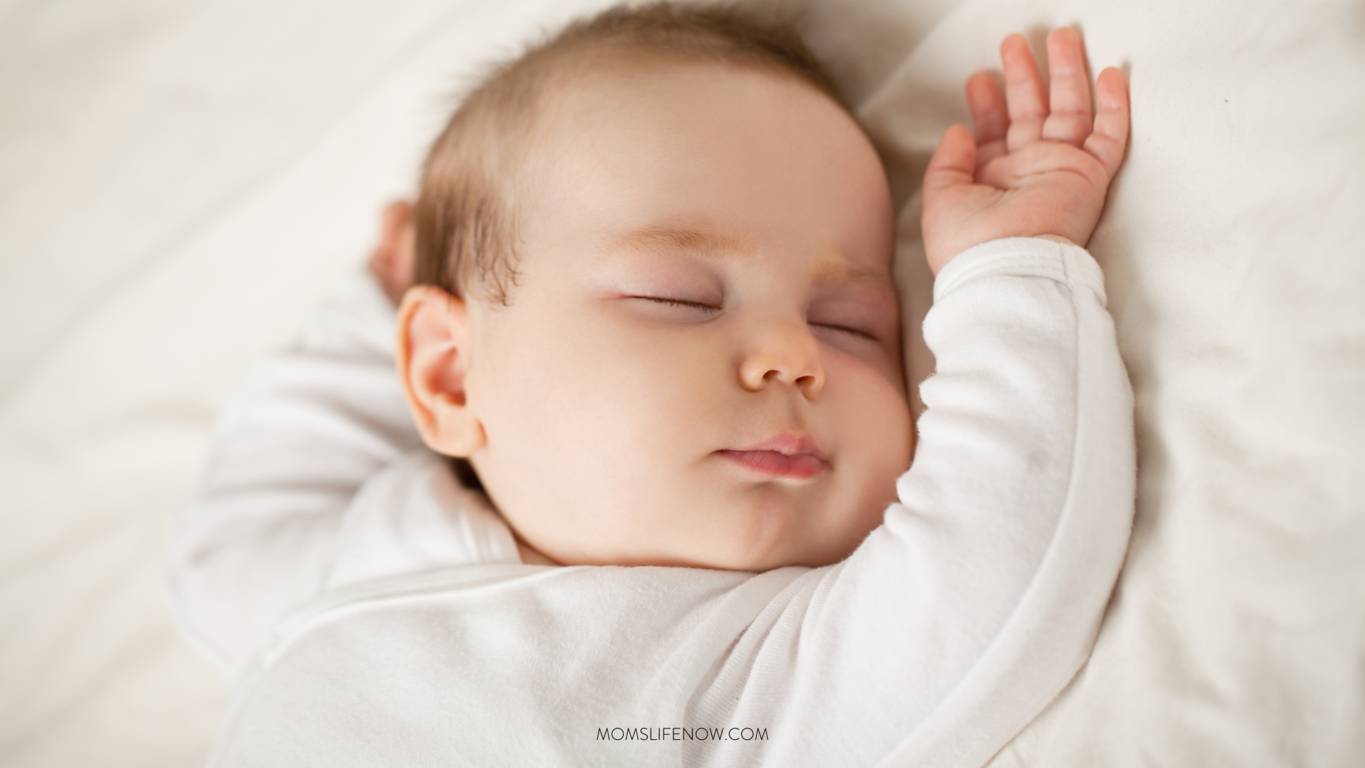 What do babies dream about?

Looking at the serene face of your little munchkin when they are asleep, and you try your best not to pinch those rosy cheeks, one thought must have crossed your mind. What do babies dream about? They sleep an average of 16 hours a day, and the most significant part of their growth happens during their sleep. So, there should be something going on in their brains during those snoozy times.

The experts have been going back and forth and arguing for decades in regards to whether the babies are capable of dreaming or not. Some support the idea, while some are a bit critical about it.

The staunch supporters of dreaming consider babies as expressive sleepers, smiling, twitching, chuckling, flailing their hands and legs, or even sucking their thumbs when they sleep. Indeed it seems reasonable to assume that babies are dreaming.

However, skeptics say that babies cannot imagine things or even a sense of self, which is essential in dreams. They also cannot construct visual and spatial stimuli needed to dream as adults do since their senses are still developing. So it is hard to guess what do babies dream about, or are they even capable of dreaming? It’s not like they can talk to us and tell us about their dreams. 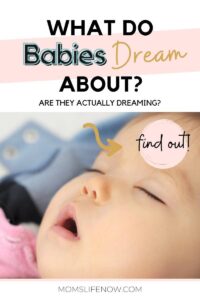 REM sleep is the kind of sleep when most dreams occur. It is believed to help people consolidate and mentally digest their memories, so the dream looks like a moving picture.

Furthermore, Some experts also pointed out that babies have developed their sleep cycle during the third trimester of the pregnancy and spend 90-95% of their time asleep in the womb. When their brainwaves are measured, the results show that they have around 10 hours of REM sleep daily.

The fact that babies have more REM sleep than adults enforces the belief that it makes sense for the babies to have some form of dreams and that babies had started to dream even before they were born.

Although the two opposing parties are quite firm in their beliefs, they managed to find a middle ground. They decided that babies are actually dreamless at the beginning stage. But they gradually develop the ability to dream as they grow and receive more stimulus through their experience of new things in their environment. Babies’ dreams also might be different from adults’. So what do babies dream about?

Babies’ dreams are said to relate closely to their environment and rely solely on what their senses can perceive. Their dreams are like photographs or still images. They’re black and white initially and begin to be colorful in the fifth month once their visions are fully developed.

So instead of having dreams like adults do. Babies’ dreams are probably very similar to what they experience when they’re awake. Their brains pretty much just store all the memories they acquire when awake and process them during their sleep.

Because their brains are still growing, babies also sleep longer and more constant than adults. Sleep allows their brain to process the information, store the experience, consolidate the knowledge, learn, and help with physical growth. Although babies always look so peaceful when sleeping, their brains are very active.

Vivid dreams usually happen when the child reaches the stage when they can develop a sense of self. The cognitive ability to create vivid dreams takes time and a certain amount of brain maturation to achieve. Expert says, this stage usually happens when the children reach the age of three years old. Which pretty much still a long way to go for the babies.

So what do babies dream about until they reach that age? Their dreams would revolve around memories they’ve collected from numerous sources. Their bedroom, the toys they play with, the parents’ faces and laughter, the warmth of their parents’ skin, the breast suckling, or the mobile hanging on top of the crib.

Learn How Many Cloth Diapers Do I Need?

Why do babies move a lot when sleeping? 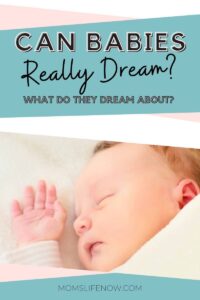 If babies aren’t capable of having vivid dreams, why are they such expressive sleepers, and why do they move a lot? Why do they twitch, grunt, or even flails their arms and legs?

It is likely related to the babies’ developmental process. Since babies are still growing and developing, there are countless neuron connections formed in the brains as babies learn how to use their muscles and limbs.

Their involuntary movements are known as the Moro reflex. This happens because they don’t have control of their arms and legs yet. As the babies gain more control over their muscles and movement, reflexes will gradually disappear.

Conclusion as to what do babies dream about.

For us parents, being able to witness our peaceful looking sleeping babies twitch their fingers or flutter their eyelids is already a precious moment to be treasured. Moments like this won’t last. As babies continue to grow, we realize that we are raising a little human who is gradually becoming a unique person.

It really doesn’t matter what do babies dream about. The most important thing is that babies must get enough sleep since their mental and physical growth mostly happens during their sleep. If they don’t get enough sleep, they will not only be grumpy and difficult to deal with. It will also affect their growth and health. A healthy baby is a happy baby. And a happy baby will usually grow up to be a more well adjusted human being and experience fewer life problems.

We use cookies on our website to give you the most relevant experience by remembering your preferences and repeat visits. By clicking “Accept”, you consent to the use of ALL the cookies.
Do not sell my personal information.
Cookie settingsACCEPT
Manage consent

This website uses cookies to improve your experience while you navigate through the website. Out of these, the cookies that are categorized as necessary are stored on your browser as they are essential for the working of basic functionalities of the website. We also use third-party cookies that help us analyze and understand how you use this website. These cookies will be stored in your browser only with your consent. You also have the option to opt-out of these cookies. But opting out of some of these cookies may affect your browsing experience.
Necessary Always Enabled

Performance cookies are used to understand and analyze the key performance indexes of the website which helps in delivering a better user experience for the visitors.

Analytical cookies are used to understand how visitors interact with the website. These cookies help provide information on metrics the number of visitors, bounce rate, traffic source, etc.

Advertisement cookies are used to provide visitors with relevant ads and marketing campaigns. These cookies track visitors across websites and collect information to provide customized ads.

Other uncategorized cookies are those that are being analyzed and have not been classified into a category as yet.